Have you ever found yourself listening to a Christian song on the radio and a line in it makes you cringe? This happened to me while listening to the eminently talented Lauren Daigle sing a beautiful song called “You Say.” The song is filled with reaffirming messages on what, in the words of the songwriter, God has to say about us.  It won a Grammy and a Dove award for best song, so it is certainly a commercial success. And yet. There’s the pesky problem of whether it reflects what God actually has to say about us.

In case you have been living under a rock, here is the first verse of the song:

I keep fighting voices in my mind that say I’m not enough
Every single lie that tells me I will never measure up
Am I more than just the sum of every high and every low?
Remind me once again just who I am, because I need to know

The song has a later line that falls short (“You say I am strong when I think I am weak” – what God actually says is “My grace is sufficient for you, for my power is made perfect in weakness.”) but the first two lines are where I keep getting hung up.  Is it a lie that I’m not enough and will never measure up? Not according to Scripture. Romans 3:10-12 bears repeating here:

As it is written: “None is righteous, no, not one; no one understands; no one seeks for God. All have turned aside; together they have become worthless; no one does good, not even one.”

Those are pretty harsh words.  Why would the Apostle Paul say such things?  He tells us a few verses later: “Now we know that whatever the law says it speaks to those who are under the law, so that every mouth may be stopped, and the whole world may be held accountable to God.”  In order to receive the good news of the gospel we must first embrace the bad news of the law – we are not enough, and will never measure up.  Our good deeds are like a pile of stinking diapers in God’s economy.

“But wait,” you say, “we are no longer under the law.  It has done its work and led us to repentance and faith in Christ.  Surely, we can embrace the message, can’t we?” Partially. It is true that as believers can rest in the assurance that we now measure up to God’s standard, but not because we are enough, but because Christ is enough, and he graciously has paid the price which we could never have paid.

Verse two rightly states “In You I find my worth, in You I find my identity.” It is unfortunate that the path used to get to this conclusion seemingly embraces the worldview that what we really need is not more Christ, but more self-confidence and affirmation.  Many Christian artists have embraced this message, and nothing could be further from the truth.

Some grace has to be given for musicians to be able to pursue art, but if we are going to listen to and sing along with music, we should feel empowered to examine it closely in light of God’s word.  If it contradicts His word, we are better off leaving it out of our lives. 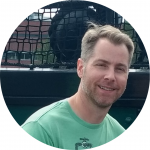 Brad is a member of Blackman Baptist Church.