My freshman year at Furman University, I attempted to major in music. This is because God called me to ministry through a combination of youth and church music experiences, and because I quite often sang in the Sunday night worship service in our church.

But it didn’t take long for me to realize that I wasn’t cut out for a career in music when I got to Furman, and one of the reasons why is that I mean REAL MUSICIANS. You know, people who knew what the Circle of Fifths was and could sight read pretty much any melody you put in front of them.

But fortunately, these people were kind, and some of them took this sweet little small country church vocalist and taught me a few things about music. One of those guys was Jim. He lived two doors down from me in the same dorm hall, and we ended up being roommates for 3 more years as well. The night I finished final exams my freshman year, Jim taught me two chords on his acoustic Takamine guitar and let me walk up and down the hall playing them over and over again (or at least trying to). I was hooked.

That summer, I interned at my home church, and my youth minister gave me the job of learning worship songs. He paid me $90 a week to sit in an abandoned “Sunday School Director” office and practice on my $200 Alvarez .. every week day, all summer long.

So by the time I returned to college, I was (generally) capable of leading worship, but that’s where my skills stopped. Wanting, then, to learn more about playing the guitar, I went to my friend Fayette Williams. Fayette was a fellow Mississippian and was by far the greatest guitar player on the campus, which was saying a lot. He had no interest in teaching me personally, but he did give me CDs of some really amazing guitar players like Michael Hedges and Phil Keaggy and Leo Kottke, and I devoured them. I often still do.

But when Fayette handed me these CDs, he gave me this witty bit of advice. He said, “Rob, there are two kinds of guitar players in this world: those who make you want to learn the guitar, and those who make you want to throw your guitar in the trash.” Which is to say that there is a kind of example that inspires us to be like that person, and a kind of talent that strips us of an ambition because never in a million years could we be as good as that person.

One of the things that I have grown to love about the Bible over the years is that the stories it tells of real people in history are not examples of people who are so holy that they make you want to throw your spiritual life away. Quite the opposite. More often than not, the people in the Bible are portrayed honestly … warts and all. This is especially true when it comes to their spiritual practices: they often inspire us, but they don’t reach a height of holiness that crushes any ambition we have.

This is particularly true in Acts 12. In this passage, prayer is a thread that lightly runs through the narrative. As a result, we learn some things about prayer from this text, but because people pray and people pray to God, we also learn some things about God and ourselves when we look at this text through that lens. What you’ll find is that the text is REAL. It’s not ivory tower idealism, but down-to-earth realism about prayer, people, and God.

We’ll look more at this in our next blog post. 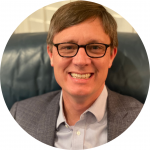